The Systems and Synthetic Biology Group is formed by experimental and computational biologists who use a wide range of expertise to approach cutting-edge problems in biology.  We use multidisciplinary approaches – ranging from molecular biology through proteomics to modeling – to investigate microbes and microbial communities as they respond to different perturbations, including those relevant to emerging issues in bioenergy and pathogenesis.  Our principal unifying objective is to gain a predictive understanding of protein-mediated activities that are critical to cells and their interactions in living systems. 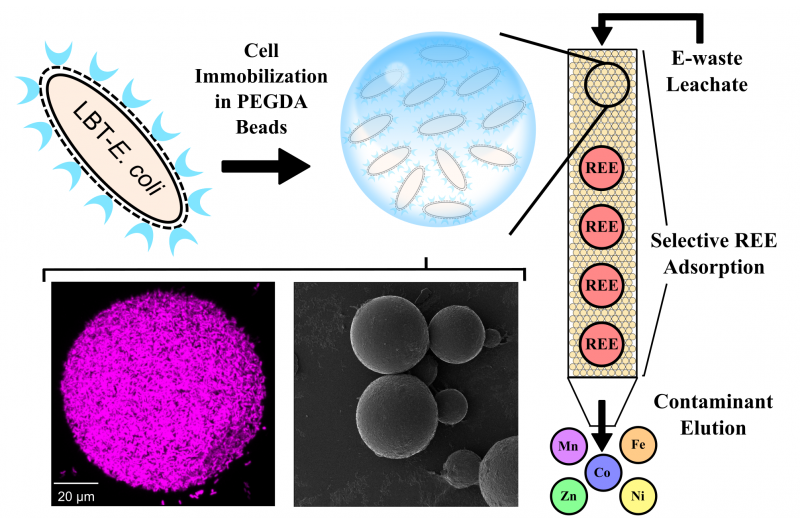 D. M. Park, K. W. Overton, and Y. Jiao (2018) Molecular Microbiology
Multicomponent signaling pathway governing an extracytoplasmic stress response in Caulobacter. TheUzcRSTCS is the core signaling unit of this multicomponent signaling pathway and functions as a U/Zn/Cu‐dependent global activator of genes encoding extracytoplasmic functions. Arrows are colored based on interactions that occur under normal conditions of growth conditions (i.e. no added inducer; black) or following exposure to U/Zn/Cu (blue) or an unidentified stressor/s (magenta). Dashed lines represent either indirect interactions or unconfirmed direct interactions, and dashed arrows for UzcR reflect a uzcR‐dependent change in transcription, but no upstream ChIP‐seq peak.

Contacts: Nancy Merino and Yongqin Jiao
Microorganisms influence actinide environmental fate and transport through several mechanisms, such as bioaccumulation, biosorption, and biomineralization. However, the effect of microbial products on actinide mobility remains largely unexplored. At Savannah River Site (SRS) Pond B in South Carolina, we are investigating the role of microbial intracellular and extracellular products on actinide partitioning (Pu, Am, Cs) between the water column and sediments. Pond B received nuclear reactor cooling water between 1961–1964. We are currently measuring several biogeochemical parameters of Pond B over a 1-year period and conducting microcosm experiments under different conditions to ascertain whether specific metabolisms result in different microbial exudates that affect Pu partitioning between the sediment-water interface.

T. J.Samo, J. A. Kimbrel, D. J. Nilson, J. Pett-Ridge, P. K. Weber, X. Mayali (2018) Environmental Microbiology
NanoSIP images and data of the alga Phaeodactylum tricornutum, Haliscomenobacter relative, and bacteria showing atom percent excess in phycosphere enrichment. The elongated and 13C‐enriched cells of P. tricornutum (red, orange, yellow) in the left image can be seen among the less enriched bacteria (blue) while filamentous cells of 15N‐enriched Haliscomenobacter relative in the middle image can be seen among the smaller bacteria and alongside the algae in the merged RGB image on the right.

T. L. Ruegg, J. H. Pereira, J. C. Chen, A. DeGiovanni, P. Novichkov, V. K. Mutalik,  G. P. Tomaleri, S. Singer, N. J. Hillson, B. A. Simmons, P. Adams, M. P. Thelen (2018) Nature Communications
Tightly regulated promoters with strong inducibility and scalability are highly desirable for biological applications. Using bottom up engineering, we have constructed a versatile system for bacterial gene expression that is based on a novel TetR-type repressor. The repressor was discovered in a bacterium isolated from rain forest soils, so we named our system “Jungle Express”. The dimeric repressor maintains control over the expression of an adjacent target gene of interest by binding to an optimized sequence in the operator DNA. The repressor is specifically induced to release from DNA with sub-micromolar concentrations of a common and inexpensive dye, crystal violet (CV). This activates transcription of the target gene. In this figure, the crystal structure of the repressor in complex with DNA is shown. The repressor’s dye binding and DNA binding domains are indicated (C, carboxy terminus; N, amino terminus). Note that because of the dimeric nature of the protein, only one CV molecule is visible in this image. Structural analysis was performed at the LBNL Advanced Light Source by JH Pereira.